Ð‗­. 71
( emphases mine ) It is in the very last scenes of the play , after Iago's last trick has been disclosed and after ... In Act V , scene ii , Othello repeats , in an ironic way , the vow he made in Act I , scene iii , to Brabantio .
Ð‗­. 131
For example , the murder scene in The Primitive parodies the murder scene in Othello , but Jesse's perception of women seems not to be parody but an expression of the sexist view of women similar to that found in the play .
Ð‗­. 162
The first two scenes are about Othello , but never once is his name mentioned . ... Toward the beginning of Act III , scene iii , lago makes his insinuations , and by the middle of the scene , not only does Othello see Desdemona's ... 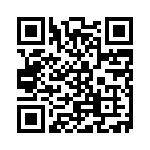