ROBERT D. CRAIG is Professor of History and Chairman of the Social Sciences Department at the Alaska Pacific University, Anchorage. He is editor of Pacifica: A Journal of Pacific and Asian Studies and he coauthored the Historical Dictionary of Oceania (Greenwood Press, 1981). Craig is currently writing a history of Tahiti and compiling a Tahitian-English, English-Tahitian Dictionary. 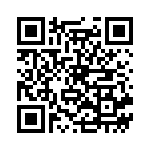