Erwin Fahlbusch (d. 2007) was professor of theology at theUniversity of Frankfurt.

John Mbiti is John A. Mackay Professor of WorldChristianity at Princeton Theological Seminary.

(1923?2006) Jaroslav Pelikan was Sterling Professor of History Emeritus at Yale University. He is the author of more than thirty books, including Jesus Through the Centuries. He has received the Jefferson Award of the National Endowment for the Humanities 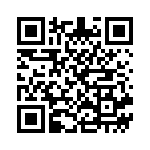