Gregory Fremont-Barnes, PhD, is a professional writer. He is coauthor of ABC-CLIO's five-volume The Encyclopedia of the American Revolutionary War. 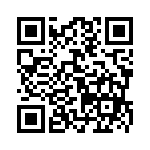