This is essential reading for all women. Understanding the different archetypes has aided me time and again to learn why other women are motivated in ways I don't understand. I have owned this for more than ten years and still love it. ×čņąņü āåńü īņēūā

Dr. Bolen introduced these patterns in the guise of seven archetypal goddesses, or personality types, with whom all women could identify, from the autonomous Artemis and the cool Athena to the ... ×čņąņü āåńü īņēūā

Jean Shinoda Bolen, M.D., is an internationally known Jungian analyst, clinical professor of psychiatry at the University of California at San Francisco, and a former member of the board of the Ms. Foundation for Women. She lives in Mill Valley, California. Contact jean Bolen at www.jeanbolen.com. 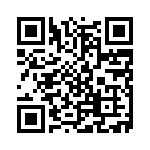