—Úū. 92
... species of metallic örès , earths , stonės , inflammable fossils , and mineral
salts , frequently met with ; but I have also given examples to elucidate the
analysis of šuch minerals as are less abundant , or are less frequently found in
hature .
—Úū. 206
As some of the constitutional affections above mentioned arising from stricture
very frequently occur , and have in a great many instances been treated as
original independant diseases , both by phy , sicians and surgeons , of eminence
as ...
—Úū. 259
In those parts where the velocity of the stream is greatest , and the soil extremely
loose , they become as perpendicular as a wall , and crumble in so frequently ,
that it is dangerous to approach them . The shifting of the current , and the effects
... 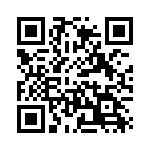