Ńňđ. 17
The a conjecture supported , he says , by memoir would have overturned his the fact , that the southern and western theory that the Japanese are what he parts of the empire — those nearest ealls autochthones , that is , sprung to China ...
Ńňđ. 278
It would , how . punishment was impalement alive on a ever , appear , that these punishments were rarely inflicted , and the fact of The fact seems to be , that in earlier such enactments is chiefly valuable and better times , before ...
Ńňđ. 543
The fact is , I have been doing you are exhibiting a very Irish transferred from one staff to another feature in your character . for the last six inonths , and four of my case , you will come to the ball ; Inez number are presents . 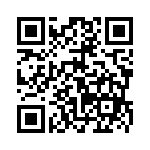