I like Scholem's matter of fact attitude: the evidence is Nathan of Gaza could read minds, very well, he could, but that did not make Sevi a true messiah. Читать весь отзыв 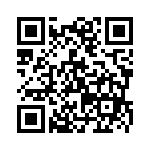