Paul Theberge is a Professor cross-appointed to the Institute for Comparative Studies in Literature, Art and Culture (where he was formerly Canada Research Chair and Director) and to the School for Studies in Art and Culture (Music) at Carleton University, Canada.

Kyle Devine is Lecturer in Music at City University London, and a research associate with the Music and Digitisation Research Group at the University of Oxford.

Tom Everrett is an instructor in the School of Journalism and Communication and member of the Hypertext and Hypermedia digital humanities research centre at Carleton University, Canada. 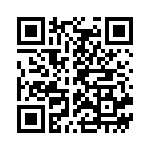