Ńņš. 44
By contrast, in schizophrenic speech disorder, the individual words in the
discourse are recognizable, but the links between them cannot be followed.  The
speech disorder of schizophrenia continues for days, weeks or longer.  Unlike ...
Ńņš. 137
Batson and his colleagues have developed a number of measures of individual
religion, in which features of Allport's original distinction between mature and
immature religion have been sharpened:  Quest assesses complexity, doubt and
...
Ńņš. 160
Eysenck, H.J. and Eysenck, M.W, 1985, Personality and Individual Differences,
New York: Plenum. Eysenck, M.W, 1998, 'Personality and the psychology of
religion', Mental Health, Religion and Culture, 1, 11-19. Falbo, T. and Shepperd,
J.A., ... 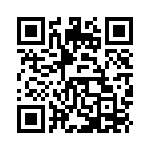