Miroslav Verner is an Egyptologist, archaeologist, and epigrapher who has been working in archaeological excavation and research in Egypt since 1964, and has published thirteen academic monographs, mainly in foreign languages, and over a hundred and twenty academic articles. For many years he has contributed to popularizing Egyptology not only through articles and books (including Abusir: Realm of Osiris, AUC Press 2002), but also in television programs and documentary films. He is currently directing the Czech archaeological excavations in Abusir.Anna Bryson-Gustová, who has a BA and DPhil in history from Oxford University, has lived in the Czech Republic for twenty years. She is a writer, editor, and translator in the field of history and culture. 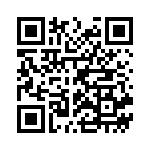