Loren R. Graham is Professor of the History of Science at MIT and a member of the Executive Committee, Davis Center for Russian and Eurasian Studies, Harvard University. A National Book Award finalist, he has written many books and articles on the history of science and other subjects. He lives in Cambridge, Massachusetts. 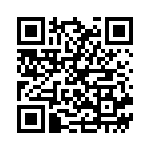