—Úū. 254
nothing did avail but the blood of him who is set forth to be a propiti tion unless
we would here translate idesagivo an atonement ; an.ppellatioa given to Christ ,
because he is the sacrifice to be offered for sin : which coming in the room of the
...
—Úū. 315
memoration and exprobration or charge , or accusation of sin , and a hand writing
exacted , Heb . x . 3. Col. ii . 14 ; hence all the preceding sins committed during
all the time aroxis of the forbearance , are said to HAVE BEEN , in a peculiar ...
—Úū. 316
13. for until the law , sin was in the world . But in what manner soever this may be
explained , the Apostle never and no where says that I know , that the sins , for
instance , committed by the inhabitants of the first world , existed , in a pecular ... 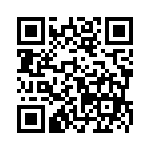