Стр. 199
That may be , and it may not be ; but the great fact that we have grown great and powerful under the Government , as it ... to which the gentleman alluded , in illustrating home facts , in his record — this great fact of our unrivaled ...
Стр. 218
The fact is substantially true ; but does it prove the issue ? If it does , then in case we should , without change of principle , begin to get votes in your section , we should thereby cease to be sectional .
Стр. 380
official documents will deny that in point of fact the Filipinos , having been desired and invited to do so , were , before the capture of Manila , acting , and were practically recognized as our allies , and that as such they did ... 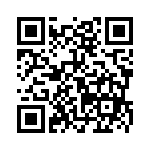