Ńňđ. 383
The defendants were four Philippine corporation , corporations - a named Manila Electric Company , and three Connecticut corporations , named , respectively , Manila Electric Corporation , J. G. White & Company , Inc. , and the J. G. ...
Ńňđ. 384
such per . on behalf of " the holding company sons as the manager " may deem necessary for the proper operation and business of " the holding company , and to discharge such employees and fix their compensation , " subject to such ...
Ńňđ. 719
Suit by the Owl Fumigating Corporation against the California Cyanide Company , Inc. , and another , not served nor appearing . On answer of defendant named raising points of law . Bill dismissed . Livingston Gifford , Richard B. 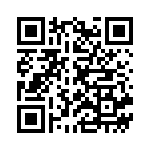