—тр. 186
In what is generally described as a radical ethic of nonengagement , Robbe - Grillet has thus apparently disposed of the thorny relation between art and life , art and truth . There is none . Art owes nothing to life , or to truth .
—тр. 210
У The Fate of those who write of Times within Ken , Ф he noted , was that У while they render truth more resplendent , they usually bring the Relater under a Cloud , Ф adding " whence the Bane of all faithfull Tradition , that an ...
—тр. 449
rate truths , which heretics have divided Schelling , says Mr. Dewar , considers among themselves , and err in ... opposed to the evident design of the into the truth , not by losing what it had , Church , and of her earliest teachers . 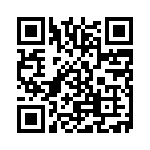