A detailed biography that is sympathetic to the great Romantic poet. A huge amount of research. Vast supply of notes and references. Juliet Barker treats her subject with respect and objectivity. I ... Читать весь отзыв

English biographer Barker (The Brontës, 1995) sifts tediously and joylessly through the ponderous life of the great nature poet, friend to Coleridge and later laureate of England.Wordsworth enjoyed a ... Читать весь отзыв

Стр. 171 - IT is a beauteous evening, calm and free; The holy time is quiet as a nun Breathless with adoration...
Встречается в книгах (960) с 1807 по 2008
Стр. 73 - ... that willing suspension of disbelief for the moment, which constitutes poetic faith.
Встречается в книгах (865) с 1817 по 2008
Больше
Стр. 111 - A SLUMBER did my spirit seal ; •^*- I had no human fears : She seemed a thing that could not feel The touch of earthly years. No motion has she now, no force ; She neither hears nor sees ; Rolled round in earth's diurnal course, With rocks, and stones, and trees.
Встречается в книгах (1190) с 1393 по 2007
Стр. 137 - Nor less I deem that there are Powers Which of themselves our minds impress; That we can feed this mind of ours In a wise passiveness.
Встречается в книгах (661) с 1799 по 2007
Стр. 166 - Not for these I raise The song of thanks and praise; But for those obstinate questionings Of sense and outward things, Fallings from us, vanishings; Blank misgivings of a Creature Moving about in worlds not realized, High instincts before which our mortal Nature Did tremble like a guilty Thing surprised...
Встречается в книгах (1166) с 1807 по 2008
Стр. 131 - tis a dull and endless strife: Come, hear the woodland linnet, How sweet his music ! on my life, There's more of wisdom in it. And hark ! how blithe the throstle sings ! He, too, is no mean preacher: Come forth into the light of things, Let Nature be your Teacher.
Встречается в книгах (694) с 1798 по 2008
Стр. 195 - Whose powers shed round him in the common strife. Or mild concerns of ordinary life, A constant influence, a peculiar grace ; But who, if he be called upon to face Some awful moment to which Heaven has joined Great issues, good or bad for human kind...
Встречается в книгах (507) с 1807 по 2008
Стр. 88 - It may be safely affirmed that there neither is, nor can be, any essential difference between the language of prose and metrical composition.
Встречается в книгах (467) с 1802 по 2008
Стр. 49 - Bliss was it in that dawn to be alive, But to be young was very heaven ! — Oh ! times, In which the meagre, stale, forbidding ways Of custom, law, and statute, took at once The attraction of a country in Romance...
Встречается в книгах (349) с 1812 по 2008
Стр. 109 - tis surely blind. But welcome fortitude, and patient cheer, And frequent sights of what is to be borne ! Such sights, or worse, as are before me here. — Not without hope we suffer and we mourn.
Встречается в книгах (463) с 1803 по 2007
Меньше

Juliet Barker is internationally recognized for her ability to combine groundbreaking scholarly research with a highly readable and accessible style. Best known for her prizewinning and best-selling book The BrontËs (1994), which was widely acclaimed as setting a new standard in literary biography, she is also an authority on medieval tournaments. Born in Yorkshire, she was educated at Bradford Girls’ Grammar School and St Anne’s College, Oxford, where she obtained a doctorate in medieval history. From 1983 to 1989 she was the curator and librarian of the BrontË Parsonage Museum. She has, for many years, been a frequent contributor to national and international television and radio as a historian and literary biographer, and has lectured in the United States and New Zealand. In 1999 she was one of the youngest-ever recipients of an Honorary Doctorate of Letters, awarded by the University of Bradford in recognition of her outstanding contribution to literary biography. She is married, with two children, and lives in the South Pennines. 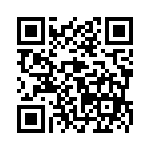