—Úū. 2 - With the advent of the transistor and the work in semiconductors generally, it seems now possible to envisage electronic equipment in a solid block with no connecting wires. The block may consist of layers of insulating, conducting, rectifying and amplifying materials, the electrical functions being connected directly by cutting out areas of the various layers".
¬ŮÚūŚųŗŚÚŮˇ ‚ ÍŪŤ„ŗű (55) Ů 1945 ÔÓ 2006
—Úū. 11 - Our species is the only creative species, and it has only one creative instrument, the individual mind and spirit of a man. Nothing was ever created by two men. There are no good collaborations, whether in music, in art, in poetry, in mathematics, in philosophy. Once the miracle of creation has taken place, the group can build and extend it, but the group never invents anything. The preciousness lies in the lonely mind of a man.
¬ŮÚūŚųŗŚÚŮˇ ‚ ÍŪŤ„ŗű (47) Ů 1926 ÔÓ 2008
ŃÓŽŁÝŚ
—Úū. 10 - The innovator makes enemies of all those who prospered under the old order, and only lukewarm support is forthcoming from those who would prosper under the new.
¬ŮÚūŚųŗŚÚŮˇ ‚ ÍŪŤ„ŗű (100) Ů 1968 ÔÓ 2008
—Úū. ix - Development is systematic use of the knowledge and understanding gained from research, directed toward the production of useful materials, devices, systems, or methods, including design and development of prototypes and processes.
¬ŮÚūŚųŗŚÚŮˇ ‚ ÍŪŤ„ŗű (189) Ů 1948 ÔÓ 2007
—Úū. 1 - Who controls the past controls the future; who controls the present controls the past/
¬ŮÚūŚųŗŚÚŮˇ ‚ ÍŪŤ„ŗű (341) Ů 1880 ÔÓ 2008
—Úū. ix - The objective of basic research is to gain more comprehensive knowledge or understanding of the subject under study, without specific applications in mind. Basic research is defined as research that advances scientific knowledge but does not have specific immediate commercial objectives, although it may be in fields of present or potential commercial interest.
¬ŮÚūŚųŗŚÚŮˇ ‚ ÍŪŤ„ŗű (27) Ů 1949 ÔÓ 2007
ŐŚŪŁÝŚ

Bo Lojek received his Ph.D. in Solid State Physics from Charles University in Prague. He joined the semiconductor industry in the middle of the nineteen sixties and has been working in the industry since then. Currently, he is the Principal Engineer in Atmel Corporation and Adjunct Professor of Electrical Engineering at the University of Colorado in Colorado Springs. He holds over thirty patents, most of them on the nonvolatile memory cell. 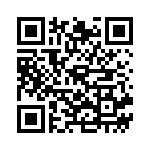