H. Vincent Poor is Michael Henry Strater University Professor of Electrical Engineering, and Dean of the School Engineering and Applied Science, at Princeton University, New Jersey, from which he received his PhD in 1977. Prior to joining the Princeton faculty in 1990, he was on the faculty of the University of Illinois, Urbana-Champaign, and has held visiting positions at a number of other institutions, including Imperial College, Harvard University, Massachusetts and Stanford University, California. He is a Fellow of the IEEE, the Institute of Mathematical Statistics, and the American Academy of Arts and Sciences, as well as a member of the US National Academy of Engineering.

Olympia Hadjiliadis is an Assistant Professor in the Department of Mathematics at Brooklyn College, City University of New York. She was awarded her M.Math in Statistics and Finance in 1999 from the University of Waterloo, Canada. After receiving her PhD in Statistics with distinction from Columbia University in 2005, Dr Hadjiladis joined the Electrical Engineering Department at Princeton University, New Jersey as a Postdoctoral Fellow, where she is also currently appointed as a Research Collaborator. 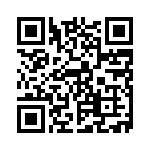