Hilary Evans was a British historian with a BA from Cambridge University and a Masters in English literature from Birmingham University. A collector of rare and antique books and illustrations, he was the curator of the prestigious Mary Evans Picture Library in London. Over the past five decades he authored dozens of books on an array of topics ranging from life in Victorian England and illustrated histories and biographies, to altered states of consciousness, religious and social history, folklore and modern mythology, ancient mysteries and media scares. His books include Intrusions: Society & the Paranormal, Gods, Spirits, Cosmic Guardians, and Panic Attacks: Media Manipulation and Mass Delusion with Robert Bartholomew.

Robert Bartholomew is an authority on collective behavior and social deviance. He holds a Masters in sociology from The State University of New York at Albany and a Ph.D. from James Cook University. His studies have appeared in dozens of peer-reviewed journals including the British Medical Journal; Canadian Medical Association Journal; The International Journal of Social Psychiatry; The Sociological Quarterly, and Educational Studies. His books include Exotic Deviance: Medicalizing Cultural Idioms - From Strangeness to Illness, and Hoaxes, Myths & Manias: Why We Need Critical Thinking with Ben Radford. He has been interviewed in The New Yorker, The Wall Street Journal, The Los Angeles Times, USA Today, The BBC Morning Show, and on the History Channel. 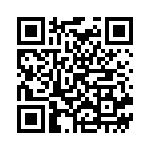