Cisco Systems was one of the superpowers of the high-tech industry during the 1990s, and this book was published just a year before the dot com crash caused Cisco to perform its first layoffs. So, the ... ◊ŤÚŗÚŁ ‚ŚŮŁ ÓÚÁŻ‚

DAVID BUNNELL is the CEO and Editor of Upside Media Inc., publishers of Upside magazine and the business technology Web site UpsideToday.com. He was formerly chairman and editor-in-chief of PC World magazine, where he started Macworld magazine, Publish magazine, Macworld Expo, Macintosh Today, and many other media products. Bunnell was also chairman and CEO of Hypermedia Communications, where he launched NewMedia magazine, and chairman of InfoNow. 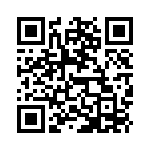