David Halliday is associated with the University of Pittsburgh as Professor Emeritus. As department chair in 1960, he and Robert Resnick collaborated on Physics for Students of Science and Engineering and then on Fundamentals of Physics. Fundamentals is currently in its eighth edition and has since been handed over from Halliday and Resnick to Jearl Walker. Dr. Halliday is retired and resides in Seattle.

Robert Resnick is professor emeritus at Rensselaer and the former Edward P. Hamilton Distinguished Professor of Science Education, 1974-93. Together with his co-author David Halliday, he revolutionized physics education with their now famous textbook on general physics, still one of the most highly regarded texts in the field today.

Jearl Walker, professor of physics at Cleveland State University, received his BS in physics from MIT in 1967 and his PhD in physics from University of Maryland in 1973. His book The Flying Circus of Physics was published 30 years ago, has been translated into at least 10 languages, and is still being sold world wide. For 16 years he toured his Flying Circus talk throughout the U.S. and Canada, introducing such physics stunts as the bed-of-nails demonstration and the walking-on-hot-coals demonstration to countless physics teachers, who then proceeded to hurt themselves when they repeated the stunts in their own classrooms. These talks led to his PBS television show Kinetic Karnival which ran nationally for years and which earned an Emmy. 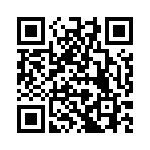