—Úū. 153
Senator No specific program for the disposition George , Chairman of the Senate
Finance of trust funds was provided for by Mack , Committee , presenting the
Conference nor were such amounts as were accumuReport to the Senate ...
—Úū. 252
On its tax return for the fiscal year ended June 30 , 1954 , the petitioner did not
report amounts retained during that ... the respondent increased petitioner's
reported gross income by including the amount of $ 531,208.25 as representing
the ...
—Úū. 540
District of Florida , Bryan Simpson , J. , entered judgment dismissing the action
Before TUTTLE , Chief Judge , and JONES and BELL , Circuit Judges . for failure
to meet the $ 10,000 jurisdictional amount in controversy , and the attorney ... 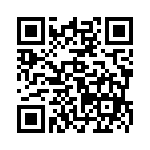