Philip Norman is a journalist and a novelist who in 1968 was assigned to cover the Beatles' own business utopia, Apple Corps, from the inside. He is the author of Rave On: The Biography of Buddy Holly and many other books. 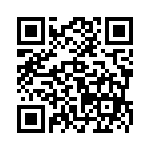