Graeme Harper is professor of creative writing and director of research at the University of Wales, Bangor. He is founding coeditor of the journal Studies in European Cinema and the associate founding editor of the Creative Industries Journal, both also published by Intellect.

Jonathan Rayner is a senior lecturer in English and film at the University of Sheffield. His previous books include The Naval War Film: Genre, History, National Cinema and Contemporary Australian Cinema. 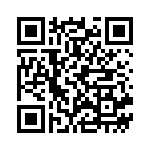