Ted Toadvine is an assistant professor of philosophy and environmental studies at University of Oregon and the co-editor of Merleau-Pontys Reading of Husserl (Springer, 2002) and Eco-Phenomenology: Back to the Earth Itself (SUNY, 2003). He is also the co-translator (with Leonard Lawlor) of Renaud Barbarass The Being of the Phenomenon (Indiana, 2004).

Leonard Lawlor is Faudree-Hardin University Professor of Philosophy at the University of Memphis and the author of The Challenge of Bergsonism: Phenomenology, Ontology, Ethics (Continuum, 2003) and Thinking through French Philosophy: The Being of the Question (Indiana, 2003). He is also the editor and co-translator (with Bettina Bergo) of Merleau-Pontys Husserl at the Limits of Phenomenology (Northwestern, 2001) and the co-translator (with Ted Toadvine) of Renaud Barbarass The Being of the Phenomenon (Indiana, 2004). 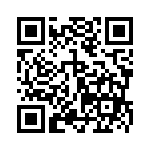