5700. Revolutionary Summer The Birth of American Independence, by Joseph J. Ellis (read 26 Jul 2020) This is a very readable account of the events of 1776. It shows that we were very lucky that the ... ×čņąņü āåńü īņēūā

Nice succinct telling of the "summer" of 1776, from May to October, of the immediate lead up to our declaration to the military trials in New York. ×čņąņü āåńü īņēūā

Joseph Ellis is the Pulitzer Prize-winning author of Founding Brothers. His portrait of Thomas Jefferson, American Sphinx, won the National Book Award. He lives in Amherst, Massachusetts, with his wife and their youngest son. 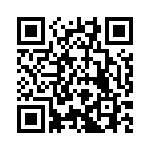