Vincent Elfrey presently resides in Florida where he is employed full time as an electrician. Son of a sailboat captain, his head stays full of romance and adventure. His aspirations include becoming an accomplished writer and travelling the world. 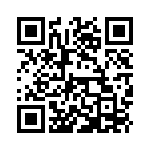