Just what I wanted to know about Curie, this is a quick and clear study of the woman at the heart of her own mythology. Worth it for the description of her daughters alone. Читать весь отзыв

Starts off well, but author Barbara Goldsmith quickly gets in over her head. This is one of a series on great scientific discoveries; the editors made an idiosyncratic choice of Goldsmith, a best ... Читать весь отзыв

Barbara Goldsmith was born Barbara Joan Lubin on May 18, 1931 in Manhattan, New York. She received a bachelor's degree in English and art history from Wellesley College in 1953. After college, she worked for Art News as a critic before becoming an editor at Woman's Home Companion, where she created an entertainment section. Later, she worked at Town and Country, where she started a series called The Creative Environment, for which she interviewed important figures in the arts. She wrote for The New York Herald Tribune and then became one of the founding editors of New York magazine. She was a senior editor at Harper's Bazaar in the early 1970s, but soon left to write the novel The Straw Man. Her account of the 1934 custody battle over Gloria Vanderbilt entitled Little Gloria ¿ Happy at Last was published in 1980 and was turned into an NBC mini-series in 1982. Her other non-fiction works included Johnson v. Johnson; Other Powers: The Age of Suffrage, Spiritualism and the Scandalous Victoria Woodhull; and Obsessive Genius: The Inner World of Marie Curie. She died from heart failure on June 26, 2016 at the age of 85. 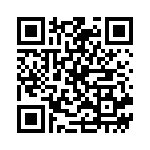