Ńņš. 215
For example , the dagger is often classed as a Chelsea mark , but when we
remember that the proprietor , not being a freeman of the City of London , had no
right to place it upon goods , and the factory had no warehouse in London , it is ...
Ńņš. 354
Are you ambitious of trying your fortune in the great city , —in London , -again ?
Do you think that the only stage worth playing to ? " " No , " said Nat , with some
hesitation , “ it isn't that exactly . " " Well , I once thought no stage in life was worth
...
Ńņš. 598
Our way lying through a region markedly distinguished for its atmosphere of
London smoke , London dirt , London mud , and London squalor , some of the
flying soots chanced to leave traces on my countenance ; and while we were
talking to ... 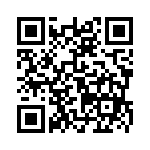