James N. Loehlin is Shakespeare at Winedale Regents Professor of English at the University of Texas at Austin. He is the author of Chekhov: The Cherry Orchard in the Cambridge Plays in Production series, and the editor of Romeo and Juliet in the Cambridge Shakespeare in Production series. He has also written books on Shakespeare's Henry V, and Henry IV, Parts I and II. He has directed, acted in, or supervised productions of all Chekhov's major plays, as well as twenty-five of Shakespeare's plays. 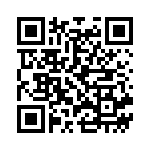