A native of San Francisco, Isadora Duncan was known as an innovator and a first-generation pioneer of modern dance. A modernist whose lifestyle became even more visible and well known than her dancing, she was a feminist and lived her life as the legend it became. Duncan's dancing was bold and innovative. She danced barefoot. Her costume was an adaptation of a Greek tunic, embellished with several colored shoulder scarves. Using natural flowing movements that emanated from her wrist, she weaved and whirled to express the emotions prompted by the music. Although Duncan established schools in Berlin, Paris, Moscow, and London, her dance technique was so improvisational, abstract, and personal that her many imitators were largely unsuccessful. They lacked her daring and dynamic personality. Duncan's accidental death in Paris was a tragedy mourned by the entire dance world. 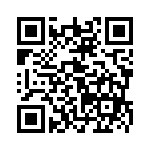