JOHN K. WATERS is a Silicon Valley-based journalist and author who has been covering the high-tech beat for more than a decade. His work has appeared in the San Francisco Examiner, the Business Journal, San Jose Magazine, Business-to-Business Network, Java Report, Application Development Trends, Software Magazine, ITworld, and Fortune magazine's eBusiness Web site. Waters is the author of more than a dozen books, including The Everything Computer Book, Silicon Valley: Inventing the Future (with Jean Dietz Sexton), and Selling for People Who Hate to Sell (with Brigid Massie). He also co-scripted the documentary film Silicon Valley: A 100 Year Renaissance (with John McLaughlin and Ward Winslow), which was narrated by Walter Cronkite and aired on PBS for the first time in 1998. 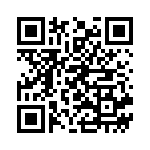