Ńňđ. 169
Bradford , Thompson & Brown , all of BosReversed and remanded . ton ( Seibert
& Riggs , of New York City , of counsel ) , for appellants . Judson C. McLester , Jr.
, of New York City , for appellees . Oliver & Donnally , of New York City ( Fred N.
Ńňđ. 353
Toward the end in the meantime , an arrangement would be of his testimony , in
answer to a question worked out about payments that would be from Miller's
counsel , Rice stated that he satisfactory to Grinnell— " until such time had never
...
Ńňđ. 710
... as the party marks accompanying an amendment pre- Schmidt was held to be
the prior inventor senting claims which did not specify that of the use of acid
broadly , we are of opinthe acid was pure or fresh , counsel for ap- ion that
appellants ... 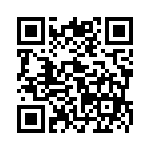