The American kaleidoscope: race, ethnicity, and the civic culture

Fuchs investigates the complex relationship between the American character and growing ethnic diversity. In a well-researched, compelling argument which questions the major scholarship of the last 20 ... ×čňŕňü âĺńü îňçűâ

Lawrence H. Fuchs, Meyer and Walter Jaffe Professor of American Civilization and Politics at Brandeis University, is Vice-Chair of the United States Commission on Immigration Reform. He was appointed by President Carter and the Congress as Executive Director of the Select Commission on Immigration and Refugee Policy. The Commission's 1981 report became the basis for the Immigration Reform and Control Act of 1986, the first major reform of U.S. immigration policy since 1965. Fuchs frequently has testified before the House and Senate on immigration and refugee policy. He is the author of Family Matters (1973), American Ethnic Politics (1968), Those Peculiar Americans: The Peace Corps and American National Character (1968), John F. Kennedy and American Catholicism (1967), Hawaii Pono (1961), and The Political Behavior of American Jews (1955). He is also the originator and principal scholar of two texts, Black in White America (1974) and The American Experiment (1981). 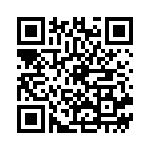