Christian Uva is Associate Professor of Cinema, Photography and Television at Roma Tre University. He has published at length on the relationship between Italian cinema, history, and politics, and on the image in the age of digital production. Among his publications are Schermi di piombo. Il terrorismo nel cinema italiano (2007), Cinema digitale (2012), L'immagine politica (2015), and Il sistema Pixar (2017). 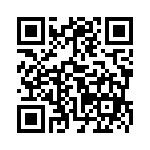