In thirty-five years with the Foreign Service, Donald Petterson has served as U.S. ambassador to Sudan, Somalia, and Tanzania. After his retirement in 1995, he was called back into the Foreign Service to take over the US embassy in Liberia. His previous books include Inside Sudan: Political Islam, Conflict, and Catastrophe. He lives in New Hampshire. 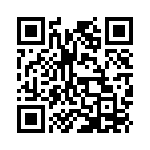