The translator of this work, Thomas Taylor, is known for his authoritative translations of the Platonists; he was practically the sole source of Neo-Platonic thought in the transcendentalist movement of New England. Iamblichus' Life of Pythagoras was a constant source of inspiration to the transcendentalists and a major influence on their writings throughout the Nineteenth Century. Taylor's work was enthusiastically acclaimed by Emerson, who referred to the translator as "a Greek born out of his time, and dropped on the ridicule of a blind and frivolous age. 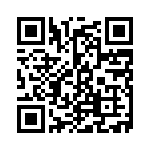