Recommended by a friend. This book is not as easy to read as most devotionals or prayer books. Opting to put it aside, however, will keep you from some challenging, insightful and compelling thoughts ... ×čňŕňü âĺńü îňçűâ

This book is an excellent Christian book that has simple reminders of our to live a Christ-like life. Easy to read and understand. ×čňŕňü âĺńü îňçűâ

Thomas à Kempis was born at Kempen, Germany in 1380. He attended Deventer in the Netherlands where he eventually joined the Canons and was later ordained as a priest. His most well-known work is the Imitation of Christ. It has been acclaimed as one of the greatest spiritual writings of all time. For some time there was some dispute as to the title's authorship. He died July 25, 1471. 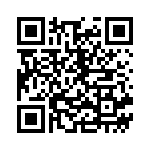