Aparna Rao (1950-2005) spent many years doing ethnographic fieldwork among numerous rural and semi-rural communities in Afghanistan, Kashmir and in western India, and published several books and papers based on her research. 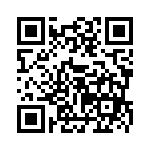