Alexander Welsh is the Emily Sanford Professor of English at Yale University. He is the author of Freud's Wishful Dream Book, The Hero of the Waverley Novels: With New Essays on Scott, and Reflections on the Hero as Quixote (all Princeton), as well as books on Dickens and George Eliot. 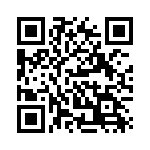