\Mark Hichens is a biographer, historian, and retired teacher. He is the author of Oscar Wilde’s Last Chance: The Dreyfus Connection. 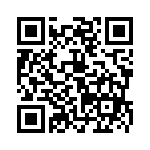