Стр. 19
ORDER NOW : Letter from Birmingham City Jail of Russian literature at the University of Tennessee , the volume contains 11 short stories , the filmscript novella " Snowball Berry Red , " three critical articles , a chronology of the ...
Стр. 12
To be sure , they could be regarded as critical , but the criticism was constructive - materialism , faddishness and other unattractive traits were denounced . Thus the early works did no more than to hold a mirror to the society .
Стр. 8
An important difference , however , for English readers , has been the fact that , though good critical biographies of Balzac and Flaubert have been available , Stendhal , until now , had received only his purely critical due . 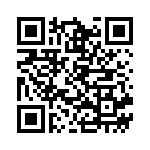