This book doesn't delve very deep into the issues, but it worked nicely for me. It helps if the reader has a general idea about European history of 18th century. It's difficult to find a book about George II, and this work fills this gap and does it well. Читать весь отзыв 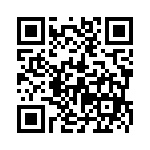