Wm. E. Baumgaertner has an enduring interest in fifteenth century England, and this is his second history book on the subject. He is next planning a novel that takes place before and during the Wars of the Roses. He also has published a novel about dinosaurs, and is working on a reference book of the twentieth century. A transportation engineer by profession, he lives with his wife in Raleigh, North Carolina. 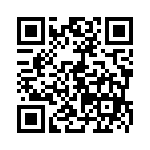