The darling of pop art released these autobiographical portraits in 1975 and 1980, respectively. With his shock of blonde-white hair and unusual art style, you might think these remembrances would be ... Читать весь отзыв

Wasn't as good as I thought it would be. It was super entertaining the first few chapters, and then it was incredibly repetitive. Still love Andy, though. This book isn't as much about art as I'd hoped. Читать весь отзыв

Andy Warhol (1928-1987) was a painter, graphic artist filmmaker, and leader of the Pop Art movement. He also produced a significant body of film work, including the famous Chelsea Girls. Equally well known in the late Sixties and early Seventies as resident host at his studio, the Factory. Andy Warhol died following gall bladder surgery, in New York on the 22nd February 1987. As Warhol said: 'I never think that people die. They just go to department stores.'

Pat Hackett worked closely with Andy Warhol for twenty years, coauthoring two books and a screenplay as well as serving as his diarist. 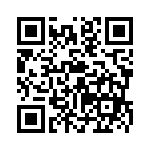