Scottish poet, novelist, and artist Ruthven Todd (1914–78) is best known as an editor of William Blake's works and an author of children's stories, including four Space Cat adventures. He also wrote detective fiction under the pseudonym R. T. Campbell.
Illustrator and writer Paul Galdone (1907–86) specialized in children's books. His illustrations for Eve Titus's books include the Basil of Baker Street series. Galdone and Titus were nominated for Caldecott Medals for Anatole (1957) and Anatole and the Cat (1958), titles that were named Caldecott Honor books in 1971. Galdone was posthumously awarded the 1996 Kerlan Award for his contributions to children's literature. 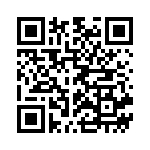