David Starkey is Honorary Fellow of Fitzwilliam College, Cambridge, and the author of many books including 'Elizabeth', 'Six Wives: The Queens of Henry VIII' and 'Monarchy: England and Her Rulers from the Tudors to the Windsors'. He is a winner of the WH Smith Prize and the Norton Medlicott Medal for Services to History, presented by Britain's Historical Association. He is a well-known television and radio personality and was made a CBE in 2007. He lives in London. 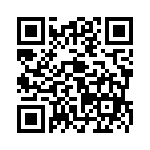