Ńňđ. 119
Hey , I was just tellin ' that new Clay took a couple of slow steps toward the son of a bitch , Bernstein , downstairs . Remem- door . “ I may drive over to Ehstadt later , ” he ber that time I and you drove into Valognes , said .
Ńňđ. 145
The Reverend Mr. Dorset , however , saw the snow when he switched on his porch light , opened the front door of his parsonage , and found standing there before him a big black man with snow on his face , a human piece of night with snow ...
Ńňđ. 147
In the stillness of the hurt terribly , and a cop outside in the corridor air every tree , every leaf , every bough , every was hitting him across the knuckles for holding tendril of creeper and every petal of minute blosonto the door ... 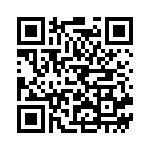