J. R. Edmondson views himself in the role of historian as storyteller. The retired history teacher has authored several books and over fifty magazine articles, most on aspects of Texas history. His book, The Alamo Story--from Early History to Current Conflicts, has been praised by reviewers as the "best" and "most readable" of all historical accounts devoted to the Texas shrine. Edmondson was a featured author at the 2000 Texas Book Festival and a member of C-Span's "Ultimate Alamo Panel," where his book was described as the "new standard on the Alamo." A native Texan, Edmondson graduated from Fort Worth Country Day School. He received his B. S. from the University of Texas at Austin and his M. S. from Texas Christian University. In appreciation for his contributions to Texas history, Edmondson was elected an honorary member of the Sons of the Republic of Texas, and Governor Rick Perry commissioned him an Admiral in the Texas Navy. Edmondson currently serves on the Tarrant County Historical Commission. He also is on the board of directors for the Texas Trail of Fame, the Friends of the Fort Worth Herd, and Log Cabin Village. Edmondson resides in Fort Worth, Texas, with his wife, Susan, and their two dogs and three horses. 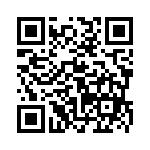